What Is the Fed Doing? It’s Worse Than Simply Printing Money 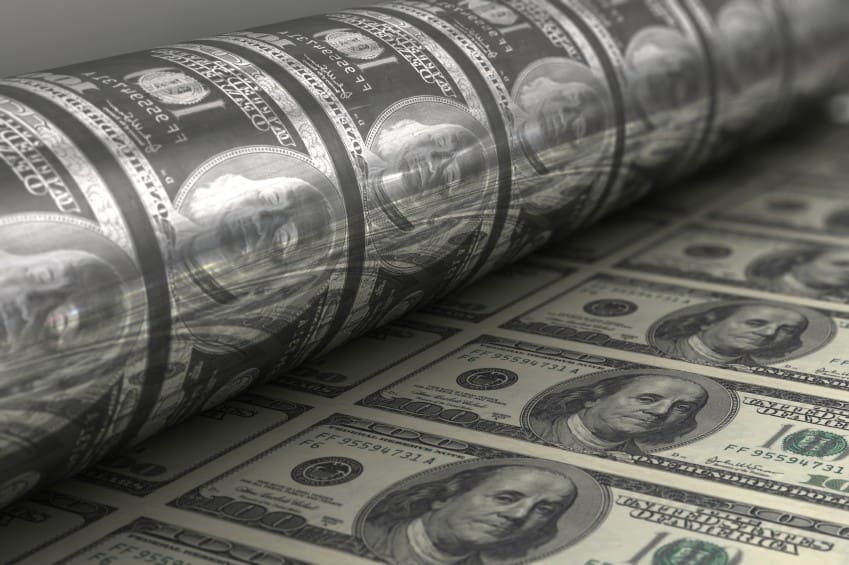 What is money, really? Its main purpose is to serve as a consistent measurement of value that lets us more easily exchange goods and services. But quantitative easing via the Federal Reserve threatens this role that money plays and especially impacts the stable measurement that money provides.

What is Quantitative Easing?

Quantitative easing, or QE, is a government strategy for improving the economy. It usually involves having the central bank — in the U.S., the Federal Reserve — purchase more public debt, like government bonds, using money created electronically just for this purpose. The central bank buys these from other banks, with the goal of getting them more money and encouraging them to make more loans or buy more assets. In theory, this should put more money into the economy and boost confidence and overall investment.

What’s the Problem with Quantitative Easing?

In reality, QE manipulates money so that it is actually less stable. As a policy begun by former Fed Chairman Ben Bernanke and continued, albeit at a slower rate, under current Fed Chair Janet Yellen, QE has actually discouraged the type of investment that provides long-term growth. Investors perceive that the value of the dollar is diminishing with the addition of more money into the system, and don’t put their money into new and existing businesses that would produce stable economic growth.

If you look at the stock market, the idea that creating more money will get more investors into the market has proved false. For one investor to purchase a stock, another has to want to sell, and QE does nothing to address this or encourage the addition of new businesses that would develop and sell stock. The stock market actually tends to rally whenever the Fed talks about halting QE efforts.

What’s really the problem with QE isn’t the addition of money into the system. Instead, it’s the fact that the Fed pays interest — currently 25 basis points — to banks for their unused reserves. Banks lend to each other at roughly 15 basis points, so it’s more attractive for banks to lend their excess to the Fed. This points to the demand for credit being low; otherwise, the banks would make more by lending to each other and to corporate borrowers.

So, all this excess is borrowed by the Fed and used to purchase securities in a never-ending cycle. This props up the economy rather than strengthening it. Recessions aren’t actually the horror that some financial policymakers view them as. They serve a purpose in the economy by correcting wrongs and, in the big picture, strengthening the economy by weeding out weaknesses that caused the recession. And the Fed is spending as much as $4 trillion borrowed from banks to cover some of these weaknesses, which if left alone, would eventually right themselves.

What Does This Mean For You?

Investments are tricky in a financial environment where capital is being spent on propping up problems. Economic recovery may actually be slower in coming and capital isn’t being invested in business growth. In order to make your investments grow in this economy, you may need expert help. Contact us for information on reducing your own debt and building wealth so you can come out ahead.