Puerto Rico Debt Crisis – How Bad Is It? 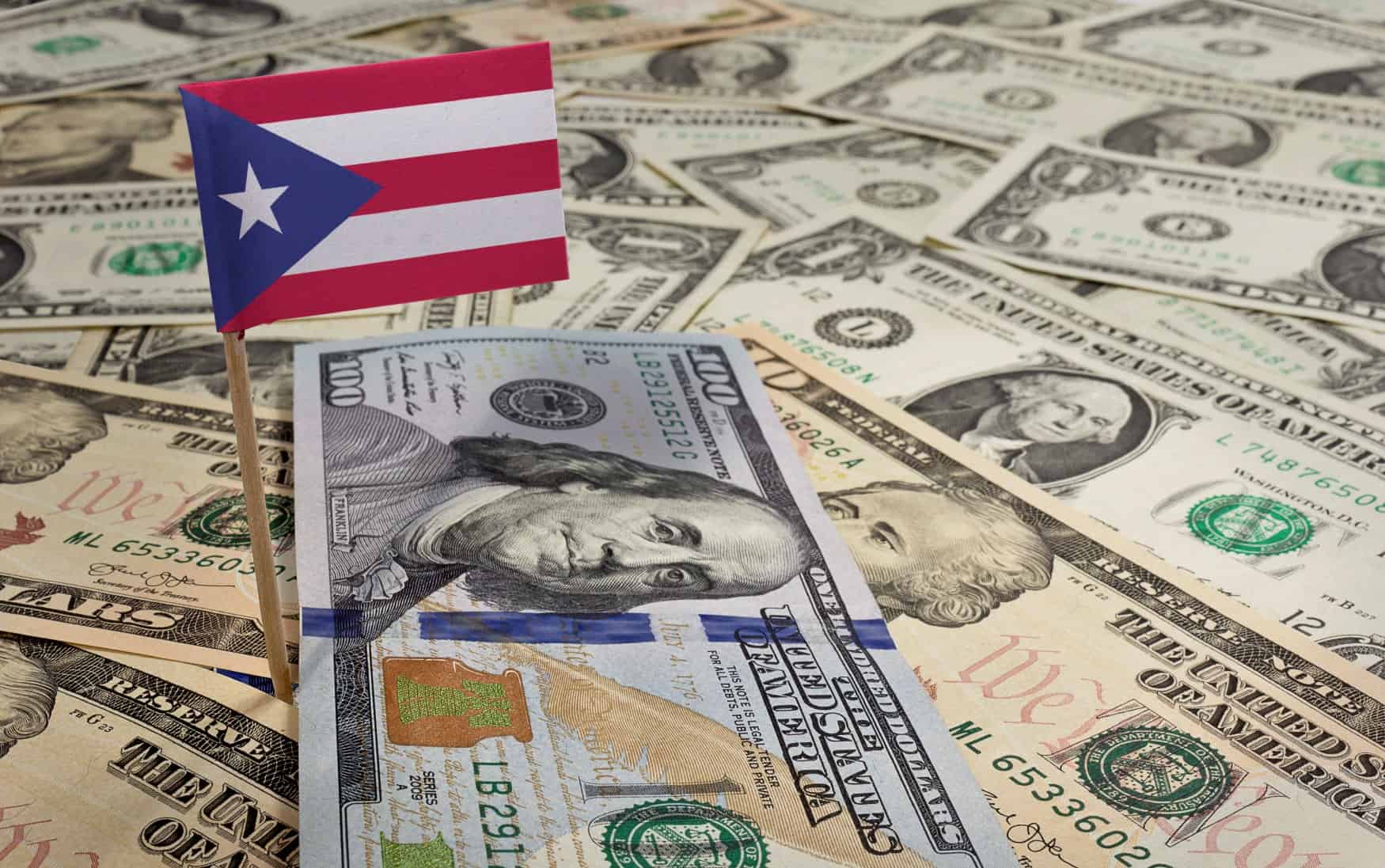 According to an article published by the Cable, Puerto Rico is nearing the Brink of Bankruptcy, the Puerto Rico commonwealth has $72B in debt, some of which it claims it can no longer service, and therefore will default as early as May 2, 2016.  The Island government is asking creditors to forgive up to 45% of the principal on certain loans so that it can recover financially.  The U.S. Congress is now intervening in the crisis with legislation being reviewed which would give added power to the Puerto Rico government to restructure its debts to the detriment of existing creditors.

Although a 45% haircut to lenders this large is unlikely, many of the Puerto Rico Financial Development Authority General Obligation bonds are trading for $0.20 on the dollar out of fear about what the outcome will eventually be in the current crisis.  Just why is Puerto Rico in so much financial trouble?  There is a combination of factors which have led up to the current circumstances in which the current government is very likely to run out of cash.  First, the country never really recovered from the 2008 recession.  Unemployment on the island is remains high at 11.6%, and the labor participation rate is less than 40%.  In other words, Puerto Rico’s 1.1M labor force is not big enough or growing fast enough to service the loans.  Adding insult to injury, the island population base is shrinking at a rate of -0.6% per year.

Why has the Puerto Rico economy been shrinking?  One of the major culprits has been the expiration of a federal IRS statue section 936.  The section established tax exemption for U.S. corporations that settled in Puerto Rico, such as large pharmaceutical firms, to allow its subsidiaries operating on the island to send money to the parent company federal income tax free.  The island economy has been in persistent decline since this statute was repealed by the Clinton administration in 1996.  As the manufacturing jobs have vacated the island, new job creating industries have not been forthcoming.

The ability of the island to generate cash for loan servicing is indeed dire, but the island government is not a total victim in this situation.  There are major inefficiency problems in collecting the Puerto Rico Sales and Use Tax, with estimates showing the Treasury is incapable of collecting up to 44% of the tax.  Additionally, public salaries are much higher than the private sector on the island.  Per capita income on the island is $28,850, and public workers generally are paid more than average with legislative advisors for instance making $74,000.

The island economy could also be much more resilient if public policy took better advantage of its natural resources, and depended less on imported goods.  Puerto Rico imports 85% of its food even though 94% of its land is fertile.  The island’s geography has many rivers which could be used for hydroelectric power, and yet the island must import all its fuel (coal, natural gas, oil) in order to produce energy.

Puerto Rico needs a long-term plan rather than a bail-out from Washington.  Creditors are likely very willing to work with the island government if it truly wants to address the structural issues which are making its financial situation worse by the day.  However, the role of Washington in this situation should be minimal.  The island doesn’t need major loan reductions which destroy the capital investment process, it needs a long-term economic plan and new direction, neither of which is being put forward currently.  The Puerto Rico government wants Washington to intervene. However, if Washington does not deal carefully with the mess made by the government in San Juan, Congress will find itself rescuing the state of Illinois.

Puerto Rico’s debts should not be restructured in a way that sets a precedent allowing Illinois to dodge both debts and reforms when the state government is unable to pay its bills.  To learn more about Puerto Rico’s debt crisis: Bankruptcy, Bailout or Bust, please contact us to discuss further.