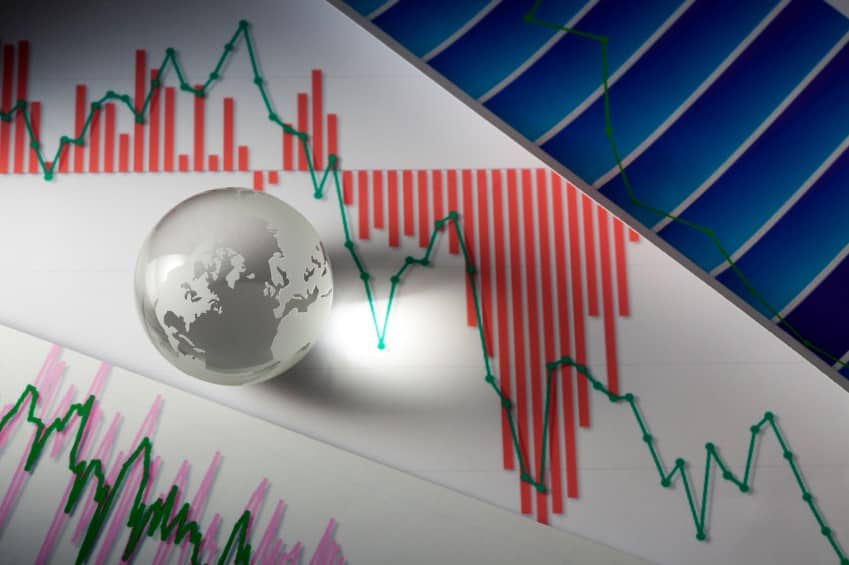 Global banks are worried. The Royal Bank of Scotland (RBS)  has issued a dire warning through their monthly client advisory that says “Sell everything except high quality bonds” and predicts that this will be a “cataclysmic” year for markets. This extreme language in a bank communication to customers signals bad news for the global economy and investors. Why? Two reasons: debt and retiring workers.

Debt is climbing, and climbing… and climbing. Total global debt is up a whopping 25 percent since 2009, and the U.S. contributes almost 25 percent of the global total, $60 trillion. Most of this increase has happened in mature Western markets like the U.S., Japan and Europe, as well as China. The $57 trillion increase in less than 6 years is unsustainable.

Debt is now 2.5 times the global Gross Domestic Product (GDP) and there is not enough production to make an impact on this. The payments on this debt are stagnating growth and, with private money being used to pay down debt, stock markets around the world are stagnating.

2. Aging populations are retiring and not paying into the system.

Baby boomers in the U.S. are retiring and fewer people are working to pay down that government debt. Fewer workers also means less revenue in taxes, so not only is economic growth reduced but the tax base shrinks. Debt increases as there are fewer to pay into the tax base. This is repeated around the world at the ratio of children to older citizens shrinks.

Western governments, including the U.S., are paying more for social welfare as more people take advantage of it. In the case of the U.S., its economy has traditional benefitted from immigration to provide more workers, but the amount of undocumented immigrants who are not paying into the system but are using social welfare benefits is increasing dramatically.

Any debt bubble that occurs due to these two issues will likely be greater than the great recession of 2008. Markets are struggling as potential investors have less available to invest. Government budgets are maxed out paying debt.

Without economic growth, profits go down. Profits go down, and stocks are less attractive. The markets fall and those who do have investments suffer. Your portfolio may be subject to this unfortunate prediction.

But there’s hope. For example, emerging markets may offer an alternative to developed countries who are more greatly impacted by debt and worker age. Contact us for information on ways to create an investment portfolio that will be sheltered from these risks.