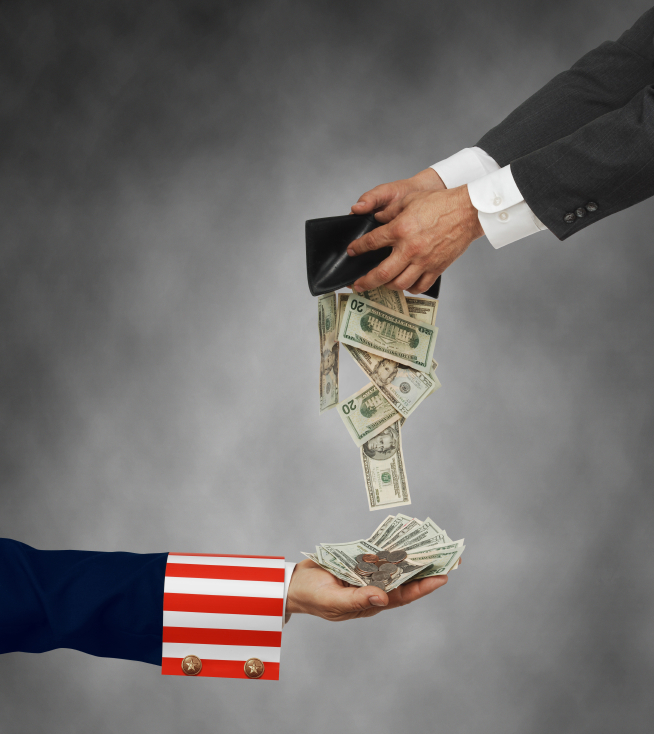 With the recent increase in attacks and mass-shootings, both here at home and in the global community, America is incredibly vulnerable. These terrifying threats, coupled with our disastrous budgets, point out that we may not be able to increase spending on intelligence and defense as needed.

Thankfully, many of the 2016 presidential candidates realize that our fiscal future needs a serious boost: a flat tax system.

What is the flat tax system?

Instead of the current American tax system, which has seven different brackets to tax a variety of incomes, the flat tax rate system is simply a flat percentage that everyone pays; no matter what their income level or type is.

Why should Americans care about a flat tax system?

“We spend over 6 billion hours a year filing out tax forms and over $300 billion to comply with the code. Imagine if over the years all that brainpower and all those billions of hours and trillions of dollars had gone to producing new products and services, new medical devices and new cures for diseases, how much better our lives would be today.” (Steve Forbes, Reviving America, December 8, 2015)

This simple system will increase the flow of money into American businesses and stock accounts because the taxes on their profits will be lower. Additionally, lower taxes provide the individual with more money to add to their portfolios as well as household finances.

Will the tax burden shift to the poor with a flat tax system?

Absolutely not. This tax system will have a minimum income floor that is not taxable.

Will a flat tax system cause a decline in government revenue?

Again, no. Historically, tax cuts have increased Treasury revenue. The flat tax system already exists in more than 30 countries around the world. It really works.

The benefits of a flat tax system are:

There are a variety of tax reform ideas floating around the presidential race. In addition to the flat tax rate discussed in this article, there are suggestions with tiered levels depending on business types and a ‘fair tax’ to eliminate taxes completely.

With the flat tax rate, taxes become simple and stress-free; the IRS will be unnecessary; and the American fiscal future will be bright.

All of your money is affected by the politicized, confusing nature of our tax code. How much can you save? How much can you deduct? How much will Uncle Sam take from your gains on your investments? The first step is to put your hard-earned money in a safe place. Contact us today to learn more about how we can increase the flow of money in your financial portfolio.